Why Smoking And Drinking Is Restricted During Medical Abortion? 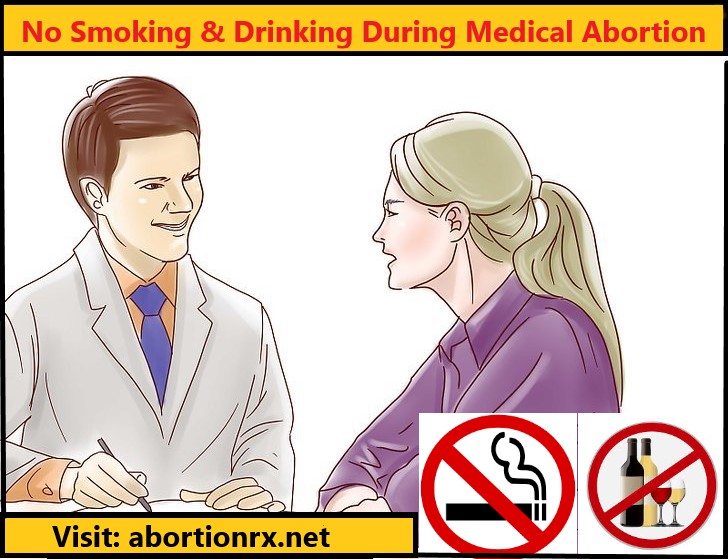 There are certain precautions that one must take prior to a medical abortion to be eligible for it. For example, the woman must not be suffering from any kind of heart, liver or kidney disease. Eventually, drinking alcohol and smoking are the main cause of cardiovascular problems, kidney failure, and liver disease. Therefore, directly or indirectly, smoking and drinking make you ineligible for a medical abortion.

The Medical Abortion procedure includes two medicines, Mifepristone and Misoprostol. The doctors always advise staying away from alcohol before and after having the drugs. This is generally advised because the drugs can react negatively with liquor and nicotine present in cigarettes as it can affect the central nervous system badly. It is capable of causing gastric abortion pill complication, liver damage, dizziness, drowsiness etc. This is harmful in both conditions, whether she wants to terminate the pregnancy or wants to keep it.

Why Drinking And Smoking Are Dangerous During Medical Abortion?

A medical abortion is a procedure which goes step by step and should be followed accordingly. Any wrong dose can lead to complications or infections. Therefore, it is vital to be alert during the procedure.

It is best to think before buying Abortion Pills that if you can give up on smoking and drinking or not. At least, for the time until you are recovered completely. Another reason for restricting liquor during pregnancy termination is the ingredients in it can interfere with the workings of abortion pill as it causes changes in hormones during the abortive procedure.

Moreover, alcohol also thins the blood and after a medical abortion, you are expected to bleed heavily and it can increase the level of bleeding.

How To Avoid Drinking And Smoking After An Abortion?

There are some women who are chain smokers. As they are habitual and addicted, it may be a little difficult for them to avoid drinking and smoking. However, it is must abstain alcohol and cigarettes during this period, so they have to control their cravings.

How Long One Should Avoid Drinking And Smoking After The Procedure?

It is best to quit the habit of drinking and smoking forever as both of them are dangerous for health. But if you want to resume, you can start after 4 to 8 weeks or until you have completely recovered. You can also consult your doctor for better advice.